Komodo dragons belong to the family Varanidae and are commonly sighted on four different islands of Indonesia. They are the largest lizards on earth that eat any kind of meat.

Their tongues are forked and are often used to help them capture the prey. With their sharp razor teeth, they dig deep into the flesh of the trapped animal, releasing toxins into their body that cause the prey’s death.

This description of this reptile may invoke curiosity in a person, and they may want to learn more about what a Komodo dragon is. And many find themselves asking, are Komodo dragons dangerous? and can I have one as a pet?

If you wish to find answers to this, keep reading.

What Is a Komodo Dragon?

A Komodo dragon is an endangered member of the monitor lizard family. It is known to be the heaviest lizard alive. It weighs up to 330 pounds and reaches a length of 3 meters. It has a long flat head, an agile neck, scaly skin, sturdy limbs, and a tail as long as its body.

A male dragon tends to grow larger than a female one, yet researchers find it challenging to mark the sex because of no apparent morphological difference. Mating occurs every year between May and August.

Since female dragons have male and female sex chromosomes, if a male Komodo dragon is not around, they can reproduce through an asexual reproductive method, i.e., parthenogenesis.

Islands of Indonesia. Despite the severe climate change over time, they don’t leave their natural habitat.

Where Do Komodo Dragons Come From?

These reptiles are found on Komodo Island and a few neighboring islands of the Lesser Sunda in Indonesia. They are found on the islands of Komodo, Rinca, Flores, and Gili Motang.

Even though Komodo dragons like to be in dry and hot places and typically prefer tropical forests, they can be seen across the islands.

The Komodo dragons are fierce creatures who stay close to their homes but can walk up to miles in search of a meal. Using their sharp teeth, they attack the prey and then calmly wait till the venom takes effect.

Where did Komodo Dragons Evolve?

The evolutionary history of Komodo dragons tells us they were originally from Asia and migrated to Australia about 40 million years ago.

There, they evolved into giant creatures. 15 million years ago, due to a collision between Australia and Southeast Asia, the reptiles moved to what’s now known as Indonesia.

It is also believed that the Komodo dragons have differentiated from their Australian ancestors about 4 million years back. However, the fossil study reveals that they had already evolved in Australia before moving to Indonesia.

You May Like: Difference between an Iguana and a Gecko

Yes! Komodo dragons are the world’s most dangerous lizards. They have sharp curved teeth and venom glands in their lower jaw that secrete toxic anticoagulant proteins into the victim’s body.

These toxins cause severe blood loss by inhibiting the process of blood clotting. This causes a lowering of blood pressure, muscle paralysis, and hypothermia, eventually resulting in the shock and death of the prey.

Komodo dragons can view objects as far as 300 meters, which helps them locate their prey. However, they have poor night vision; therefore, using Jacobson’s organ, they mainly rely on their sense of smell for hunting.

Along with their habit of swinging their head from one side to another, it is found that they can detect the presence of carrion even from 2.5 miles away.

Even though a few human fatalities have been reported, Komodo dragons rarely attack humans as they feel threatened and generally quickly hide if they see any human closer than 100 meters (330 feet).

Note: The Komodo dragon is an apex predator. Being a carnivore, it eats all kinds of meat, including carrion, deer, pigs, and even water buffalo.

Komodo dragons are thought to possess around 60 sharp serrated teeth up to 2.5 cm (1 inch) long. These teeth are frequently replaced either due to loss or damage. As a result, these lizards have around 4-5 sets of teeth during their entire life.

The teeth, however, are embedded deep into the gums giving an appearance of a toothless mouth. The presence of teeth makes their gums very hard and thick, because of which when they bite, the gingiva often gets lacerated, filling their mouth with blood.

Interesting Fact: 60 is the highest number of teeth a reptile can have.

These proteins inhibit the clotting process. As a result, massive bleeding occurs, which leads to a severe dip in the blood pressure and body temperature, muscle paralysis, induction of shock, and death of the victim.

Note: It was initially believed that the Komodo dragons have toxic bacteria in their saliva that cause the prey’s death.

The Komodo dragons have sharp, strong, and massive claws. When young, they can dive up to 4.5 meters (15 feet), run rapidly in short bursts up to 12 mph (20 km/h), and climb trees skillfully because of their powerful claws.

However, climbing becomes impossible due to their large sizes as they grow older. Instead, the claws are then used to attack and feed on prey. They also make burrows as broad as 3 meters to use as shelters.

Note: Komodo dragons can’t run and breathe simultaneously. They have a pouch under their chin filled with air that aids breathing when the reptile is chasing down prey.

The Komodo dragons, also known as the Komodo Monitor, have muscular tails as long as their entire body. Standing on their hind legs and using their tail as a support, they catch out-of-reach prey. Komodo dragons also use their tails as a defense mechanism.

To scare humans, they swing their tails back and forth. Unlike other lizards, if they lose their tail, it doesn’t grow back.

Pure Power: A Komodo dragon’s tail is strong enough to take down an adult deer.

Can You Keep Komodo Dragons as Pets?

No! Even though it may seem cool to roam around with a Komodo dragon, they are not allowed to be kept as pets. These enormous wild dragons weigh up to 330 pounds, thus demanding a lot of space.

Also, they are carnivorous by nature; therefore, one needs to buy tons of meat which causes financial restraints. Moreover, with their sharp claws and huge tail, these reptiles can also physically harm humans. Their venomous bite is also fatal and may kill the keeper.

Is It Legal to Own a Komodo Dragon?

No! The Komodo dragon (Varanus komodoensis) is on the International Union for Conservation of Nature (IUCN) red list and is an endangered species. Therefore, it is currently not legal in any part of the world to own or hunt a Komodo dragon.

Natural disasters, i.e., volcano eruption, fire, climate change, loss of habitat, and several human activities, including tourism and illegal hunting (of dragons and their prey), have threatened the survival of the Komodo dragons.

Human safety is another big reason behind this ruling. The wild dragon is massive in size and weight. Its powerful tail and strong claws can harm the people around it. Besides, its venomous bite is lethal. Therefore, it is nearly impossible to tame a Komodo dragon.

The answer to the question, ‘Are Komodo dragons dangerous?’ would be, ‘Yes!’. They are extremely dangerous; therefore, humans should maintain a safe distance if they spot any as they may defensively attack.

Komodo dragons, whose primary habitat is certain islands of Indonesia, possess two glands in their lower jaw that secrete several toxin proteins. As a result of their venomous bite, these proteins inhibit the clotting process resulting in massive bleeding, muscle paralysis, induction of shock, and death of the prey.

The venomous bite can kill the victim within a few hours. This characteristic makes them tremendously threatening. However, there are other contributing factors that make it such a dangerous creature.

“Komodo dragons can eat up to 80% of their body weight in one sitting!”

“Komodo dragons are not real dragons. They are, in fact, the world’s largest lizards!”

Do Komodo Dragons eat their own babies?

Yes! Young Komodo dragons are prone to cannibalism by adult dragons. They make up 10 percent of their diet. Hence, juveniles typically spend the early days (around 8 months) of their lives in trees to protect themselves. They also roll around in feces making them unpalatable to adults.

Do Komodo Dragons reproduce by parthenogenesis?

Parthenogenesis is a natural form of asexual reproduction that a female Komodo dragon adapts when a male dragon is not available for mating. In that case, the embryo is developed from an unfertilized egg. However, this method produces only a male dragon, thus posing a threat to numbers.

Do Komodo Dragons only live in Indonesia?

Komodo dragons are homebodies that have thrived for millions of years in the harsh environment of Indonesia’s islands. Even though they walk up to several miles, the reptiles prefer not to stray from where they were hatched. 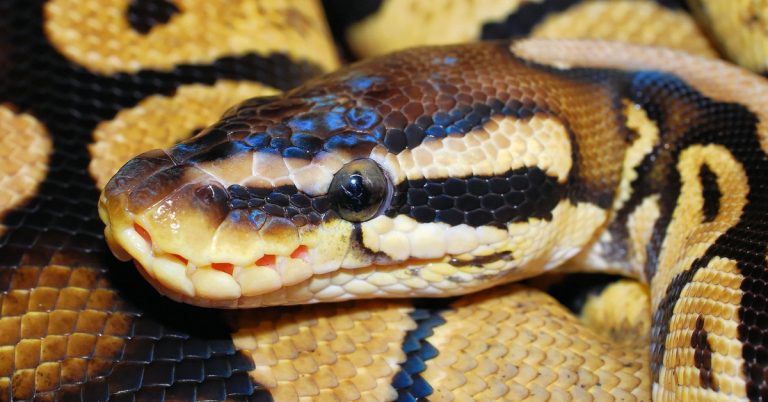